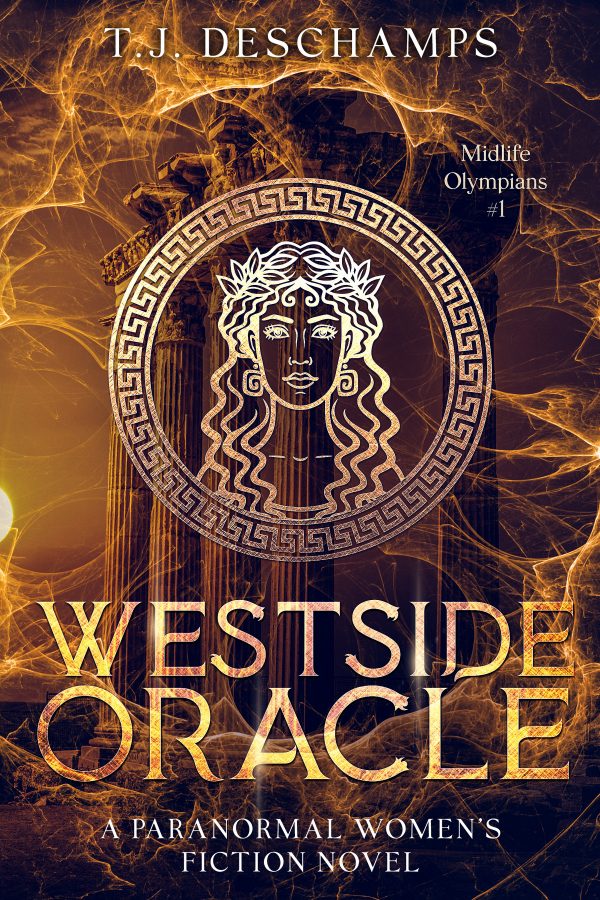 When the fake fortune teller receives the gift of the oracle, of course there’s strings attached. Olympic-sized strings.

Some people get Green Eggs and Ham as a bedtime story, I got tales of gods and titans, nymphs, demigods, and oracles. My Greek grandparents not only told me stories. They were so proud of their culture and heritage, making sure I was fluent in both reading and writing the language. I didn’t know they were preparing me.

My grandparents died when I was fifteen. I got pregnant and married at sixteen to a grifter named Carlo. We lived under pseudonyms, running the moment people caught on to our scams. Our own son left for college and never came back.I thought I knew who I was, my heritage, my culture, my destiny.

All of that changed when a Titan named Dione walked through the door of my divination shop. For so many years, I’d thought I’d been scamming people by reading their fortunes.Turns out I’m the real deal. Dione says a fortune, a job as Oracle to the Gods, and the deed to a property in a small town near the Washington Olympics awaits.

The problem is, the cops are after me for Carlo’s latest scam, scary monsters want to kidnap me, and everyone who takes the post of Oracle to the Olympians dies mysteriously.